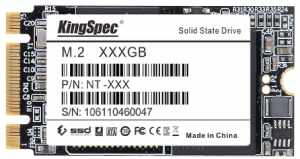 The GPD Win 2 is a small computer designed for gaming on-the-go. It has an upgradeable 128GB M.2 2242 SATA SSD. I decided to upgrade to a larger drive.

I bought a 1 TB KingSpec SSD for my Win 2 on Ali Express. The default free shipping option took 20 days to arrive. I also ordered an M.2 USB enclosure for the old drive which arrived the day after.

Installation was easy-peasy: unscrew the SSD cover, pop out the old drive, pop in the new drive, screw the cover back on.

I opted to go with a fresh install of Windows 10. You can download Microsoft's Media Creation Tool to make a bootable USB drive with the Windows 10 installer.

I rebooted with the windows 10 USB stick inserted, so it initially booted from that and then it automatically configured things to boot from the SSD after the install.

After the installation, Windows spent about 45 minutes downloading and installing updates.

I installed Steam and a couple of games, and everything just worked.

Here's a couple of benchmarks from the new and old drives: 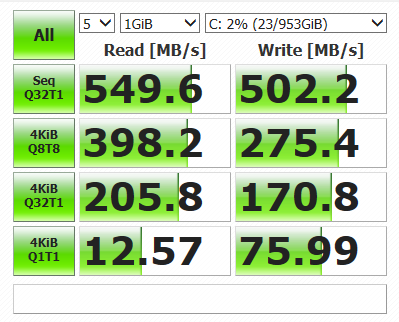 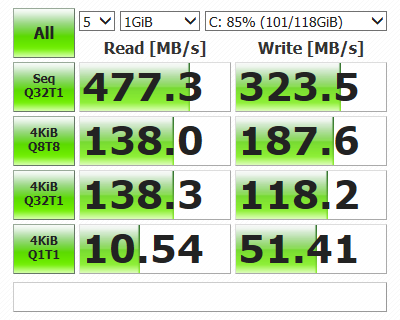 Note that this wasn't a perfect apples-to-apples comparison, because the old drive was 85% full and SSD write speeds may decrease as the drive approaches 100% full. However, that's probably fairly representative of real-world usage (if not slightly less full than normal - I actually deleted 2 games to bring it down to 85%).

I do occasionally notice that the SSD cover is warm to the touch with the new drive. I don't recall that ever happening with the old one. However, it's just warm, not uncomforterably hot.

Sometimes, after messing with the SSD, the GPD Win 2's BIOS will revert to booting into a UEFI shell by default instead of booting from the SSD. This looks daunting, but is actually an easy fix: 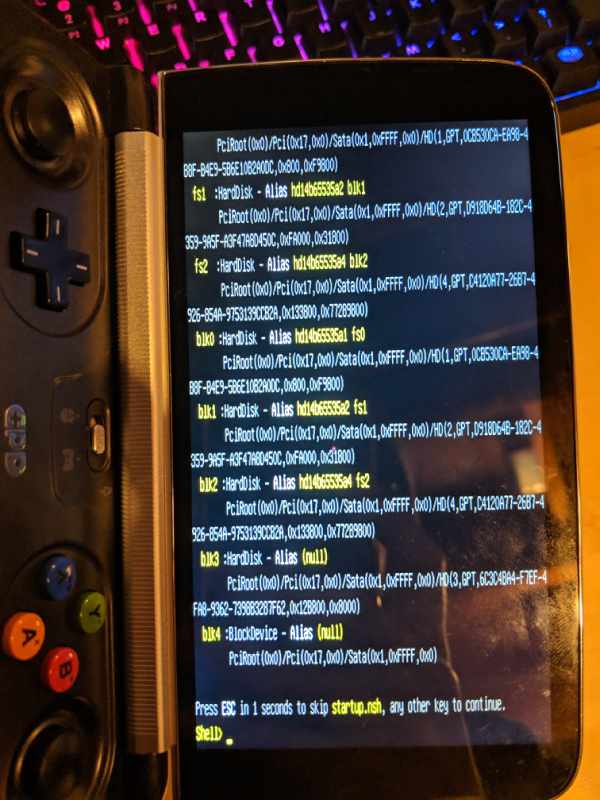 Set the first boot option to Windows in the BIOS: 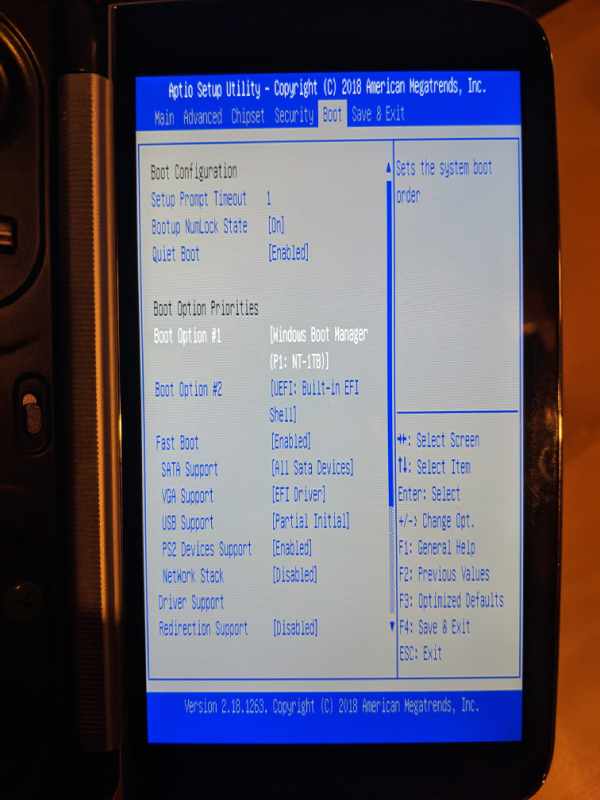 In short, I'm very happy with the upgrade.