I used a Multifunctional USB Digital Tester to record the power draw of a few handheld retro gaming devices. I've previously posted a lot of this information in various threads on reddit, but I've decided to collect them here as the new canonical source. 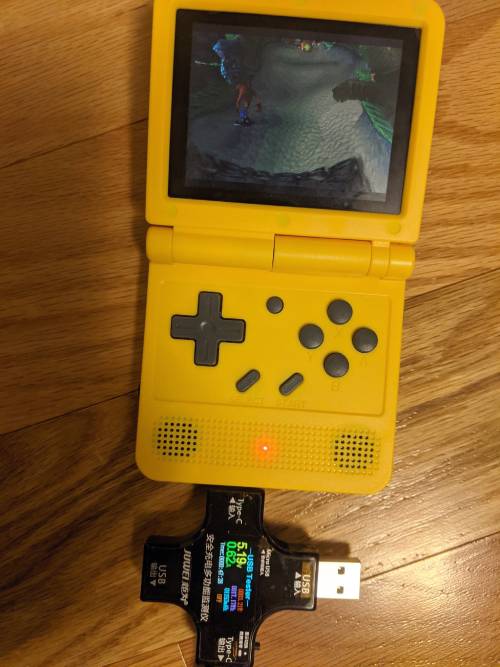 I was curious why my V90 seemed to die within a few hours if I did a software shutdown but didn't flip the power switch, so I got out a USB-C power meter and took some measurements of the power draw in different scenarios.

This was connected to an official raspberry Pi USB-C power supply - I chose this one because it's rated for over 15W, and it provides power regardless of what's connected to it.

(Amusingly, the initial batch of Raspberry Pi 4's had the same issue as the V90 where they wouldn't charge from a USB-C port. But, unlike Powkiddy, the Raspberry Pi foundation quickly fixed that mistake.)

Update: I added the missing resistors and fixed USB-C charging on mine!

When playing Crash Bandicoot on PS1

When playing Asteroids for Game Boy 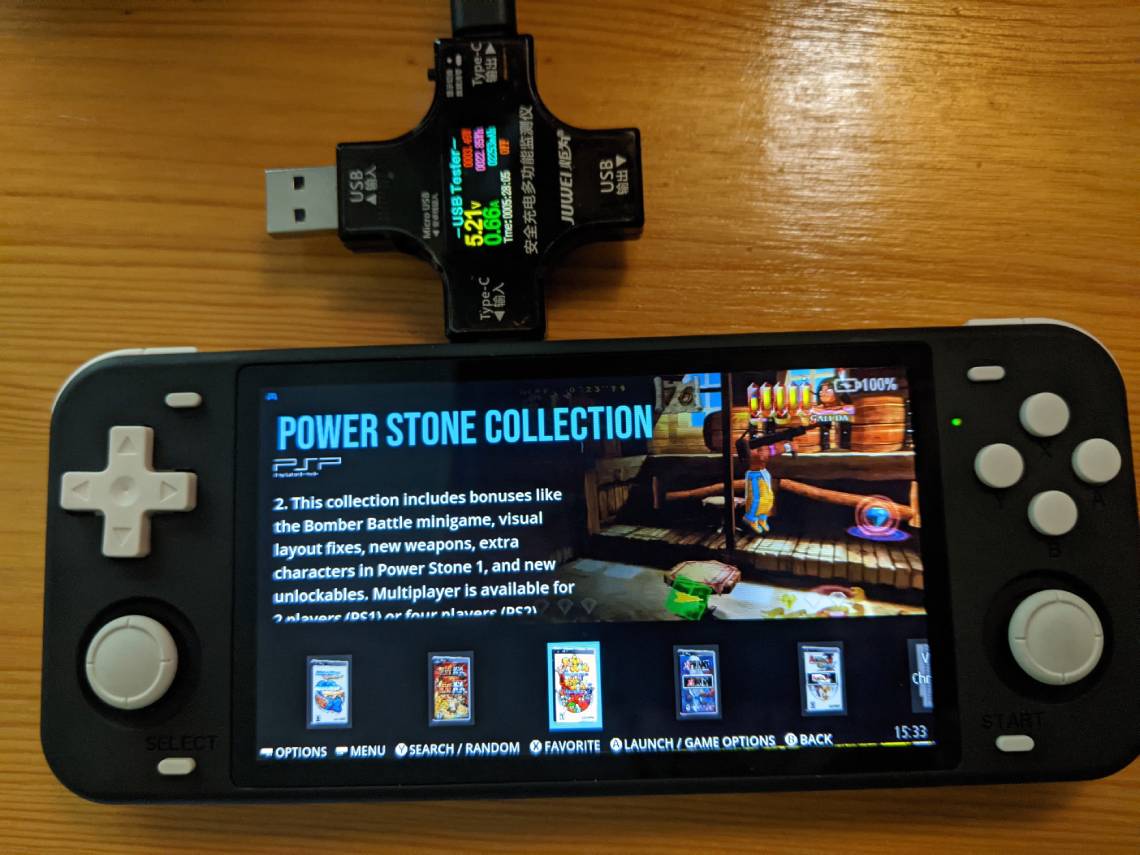 I took some measurements of the power draw of the PowKiddy RGB10 Max (running the OGS build of EmuELEC 4.2), here's a few interesting take-aways:

Unlike when I tested my V90, I did not remove the battery from my RGB10 Max during testing, so it may be contributing somewhat to the "noise" I mentioned above.

The Anbernic RG351P has the same CPU as the above RGB10 line, so these number should be inline with the above device, or perhaps a little lower due to the smaller screen.

Recorded numbers are power draw from wall, with the battery disconnected. 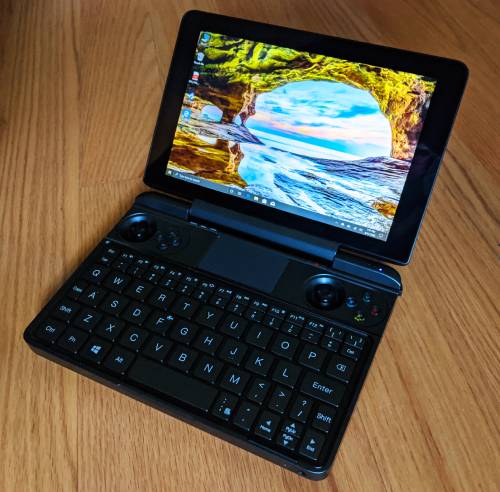 The GPD Win Max is basically a small Windows laptop with active cooling, so it's in a completely different league than the above devices. Nonetheless, it's a handheld gaming device, so I think it fits here. (Note: that link is for the 2021 edition, I have the 2020 version, which has a previous-gen CPU, but is otherwise largely similar.)

Can it be charged with an Apple USB-C Charger?

Yes, it works fine. I just tested it with my 87 watt MacBook pro charger. My Win Max's battery is at about 50% and sleeping, and the power draw at the wall is 51w. I fired up Halo Reach in the power draw jumped all the way up to 85 watts.

But as far as I know, Apple follows the standards, so the GPD should work fine with any Apple laptop charger.

What about a Nintendo Switch charger?

Nintendo did a really shoddy job with the USB-C power delivery on the Switch. Because they didn't follow the standard correctly, it's potentially a fire hazard, or more often just doesn't work with devices that do follow the standard.

I don't own a Switch, but I have tested my Win Max with a handful of other chargers, and everything 30 watts and higher that I tried seems to work fine. (Obviously the 30w one charges more slowly.)

Are the Thunderbolt 3 and USB-C ports equivalent when it comes to charging?

The USB-C (only) port definitely supports 15v charging, but the TB3 port sometimes gets stuck at 12v, and then it doesn't actually charge. My guess is that perhaps it only supports USB PD 1.0(?)

Wayback machine link for my 27W charger, since the amazon page seems to be dead now.